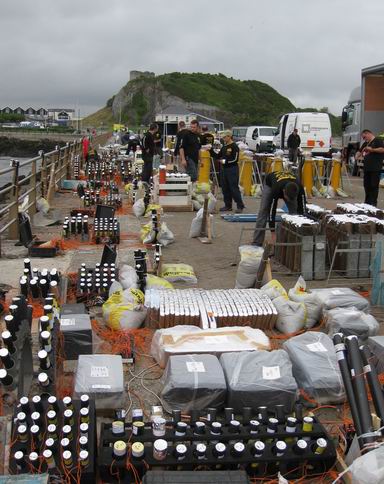 To win, Star Fireworks had to fire a computer-controlled display that had to last precisely ten minutes. Three teams take part on the Tuesday night and three teams on the Wednesday night. Star Fireworks were the first team to fire on the Wednesday evening. The firework displays are fired from the Mountbatten Breakwater, a 200m stretch of land jutting out into the Plymouth Sound, opposite the famous Plymouth Hoe park. Up to 250,000 people watch the competition from Plymouth Hoe and the surrounding coastal villages.  A panel of expert and lay judges judge the displays giving points for the range of products, rhythm of firing, originality of design and overall effect. An adjudication committee awards points for the technical aspects including crew competence, adherence to the rules, consistency with the firing order supplied, good site layout, compliance with submission deadlines and sportsmanship. All shows must be designed in advance and submitted to the adjudication committee for technical scrutiny.

Andy Hubble, Director of Star Fireworks, said “we are so chuffed at winning the biggest fireworks competition in the UK. This is the ultimate win for any professional fireworks display company and truly marks a real high-point for our Bracknell business. Competition was really tough this year, with some outstanding shows coming from some of the other big, established UK firework companies. For our Bracknell-based firing crew to produce the winning show is a very sweet victory, I’m so incredibly proud of our team and believe this is just the start of much bigger things for Star Fireworks’. He added ‘our next goal will be to achieve success on the international stage, aiming for a win at one of the big world competitions in Canada, Europe or Macau’.


Sean Durcan, Director of Star Fireworks, said “conditions on the day were not ideal – we had five hours of constant rain at the start of the set-up followed by strong ocean winds. Despite the weather we set up every single firework as planned and when it came to firing, everything came together to produce the winning display. I would like to pay tribute to our firing crew who put in hundreds of hours of preparation to create the show, including manufacturing dozens of items of specialist hardware to produce the patterns of effects in the sky. Over 95% of the fireworks came from our own range that we import directly from China.” 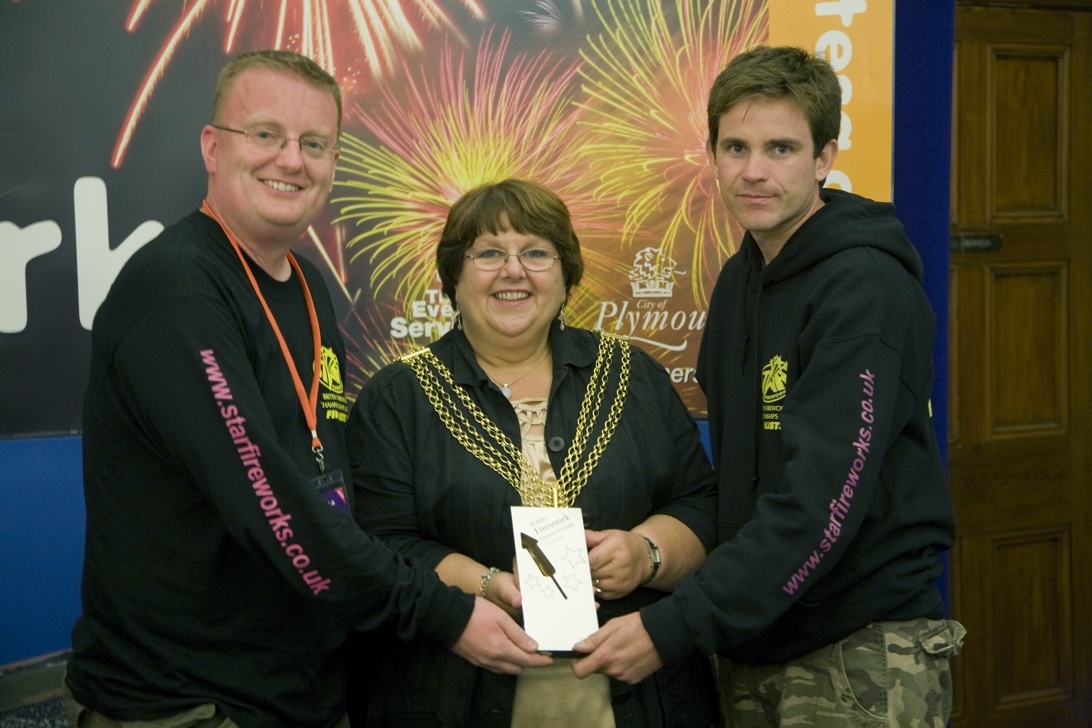 As well as winning the title, the company has won a silver trophy and prize money of £4250.

Star Fireworks is based in Bullbrook, Bracknell and operates a professional fireworks display company, an online store and a retail outlet on the Bullbrook Shopping parade which sells fireworks to the public all year round. The company started back in 1971 and has operated from the same shop on Bullbrook ever since. In 2011 two employees of the company (Andy Hubble and Sean Durcan) purchased the business from the previous owner. At the time Andy had worked for the company for 9 years and Sean had worked for the company for 16 years. As directors of the company, Andy designs the big displays and deals with the technical aspects and Sean brings the design to life preparing the equipment and fireworks.

The show featured over 2100 fireworks, or 550kg of explosives. The computer firing system fired over 200 fireworks per minute during the show. The show was entirely prepared at Star Fireworks’ Berkshire depot.

Star Fireworks import their own professional display fireworks from China. Earlier this year problems with the British Government’s implementation of a European Fireworks Directive would have prevented the company and others like it from importing fireworks in 2013. Bracknell MP Dr Phillip Lee intervened on behalf of Star Fireworks, meeting with the Consumer Affairs Minister Jo Swinson to explain the problems his constituents faced. He also secured a face-to-face meeting for Star Fireworks director Andy Hubble with Jo Swinson, which resulted in a change of approach by the Government. One week later Andy Hubble and Sean Durcan flew out to Liuyang, China to test and purchase their 2013 firework range, much of which featured in the winning Plymouth show on Wednesday evening. Liuyang is the worldwide home of fireworks and the part of China where over 90% of the world’s fireworks are manufactured.

< back to news stories